This is a photograph of an old ammeter phase selector switch, found on a 3,300 V switchboard. Switchboard fittings are usually in a drab colour palette of gray, beige, and other neutral colours, so the bright-coloured markings on this switch are quite a contrast to the rest of the switchboard. 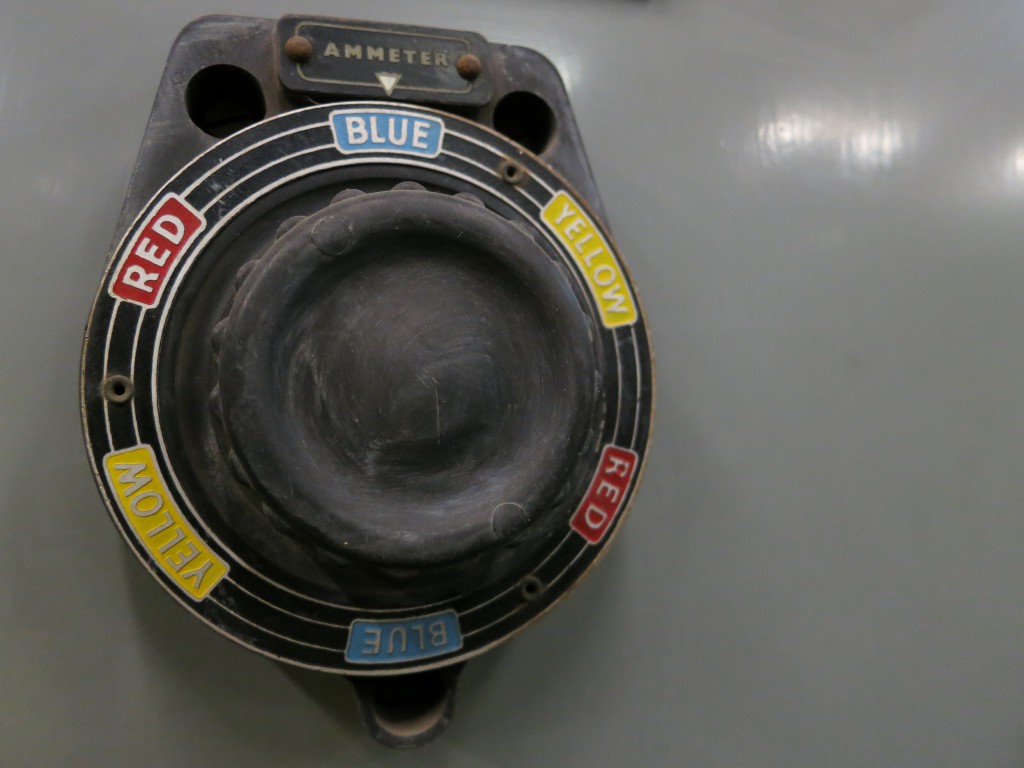 What ammeters are used for

Electrical switchgear often includes an ammeter, which shows how much electrical current is passing through the switchgear.

The obvious use of the ammeter is to read the electrical load on the power system, but the ammeter is useful for other things, such as motor troubleshooting, as well.

What the switch is used for

The switchgear in this photograph was built in the old days of ammeters with a physical dial and pointer. There are three phase conductors (‘red’, ‘yellow’, and ‘blue’) in the switchgear, but it was rare to find three separate ammeters. Having three ammeters would cost too much and take up too much space.

Instead, one ammeter is provided, and a selector switch, like the one shown in the photo, is arranged to switch the ammeter between the different phases.

The selector switch’s internal connections would probably be such that the selected phase is connected through to the ammeter, and the other two phases are short-circuited. Short-circuiting the other phases is important, because current sensors (magnetic current transformers) damage themselves if they are left un-connected with a current flowing through them.

The fact that this particular selector switch is labelled ‘red, yellow, blue’ indicates its old age. The modern Australian phase colours are ‘red, white, blue’. One supposes this is because yellow paint fades to white in the sun.

In the modern age, physical ammeters with a moving pointer have been mostly replaced by digital meters with LCD displays. All three phases are permanently connected to the meter, so there is no need for selector switches.