RotaryCraft’s AC Electric Engine is a cheap source of shaft power, requiring only a redstone clock input and a magnetized Shaft Core. It outputs shaft power at 512 N.m, 256 rad/s = 131 kW. 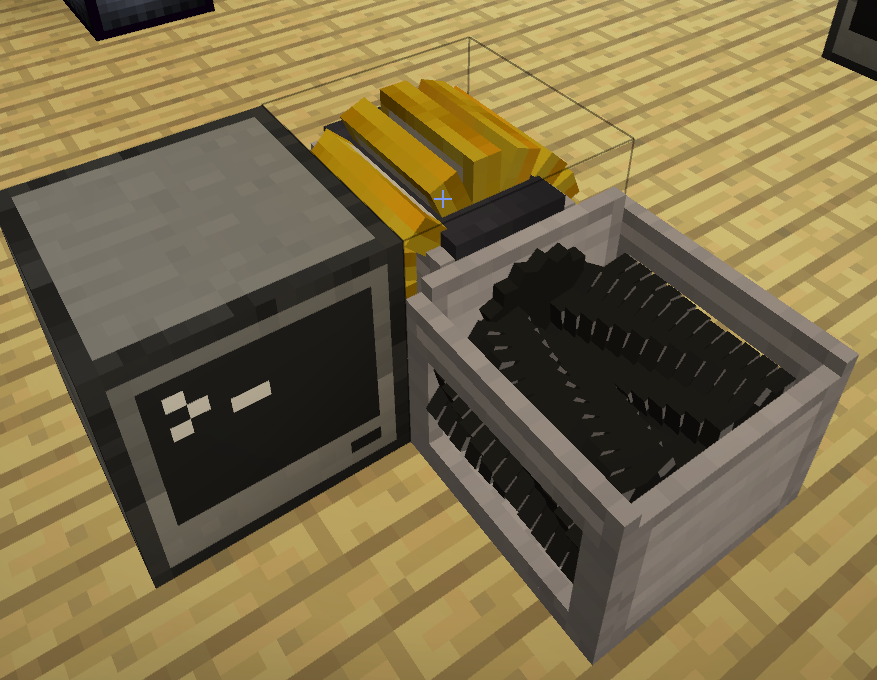 This HOWTO details how to build all components required for an AC Electric Engine.

The normal (non-magnetised) Shaft Core is crafted from two Shaft Unit and a HSLA Steel Ingot. 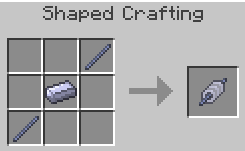 The method of obtaining magnetized Shaft Core is poorly documented. This is the thing we want:

The in game RotaryCraft Handbook mentions that the Shaft Core needs to be processed in a Magnetizing Unit, but doesn’t detail how to set this up. 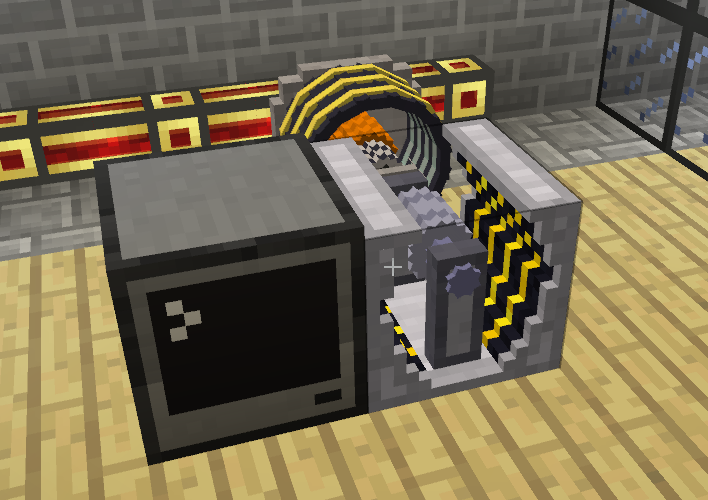 Power supply for Magnetizing Unit: The Magnetizing Unit requires a shaft power source capable of at least 16,384 W at 2,048 rad/sec. I found the easiest way to provide this was using the Magnetostatic Engine, which converts Thermal Expansion RF power into RotaryCraft shaft power. 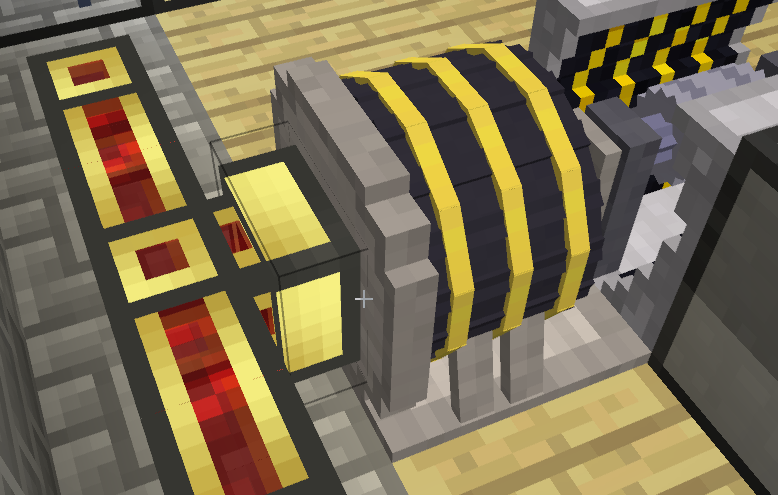 Power consumption of the Magnetostatic Engine will be approx 2 RF/t which is negligible.

I chose to provide this with a ComputerCraft computer. 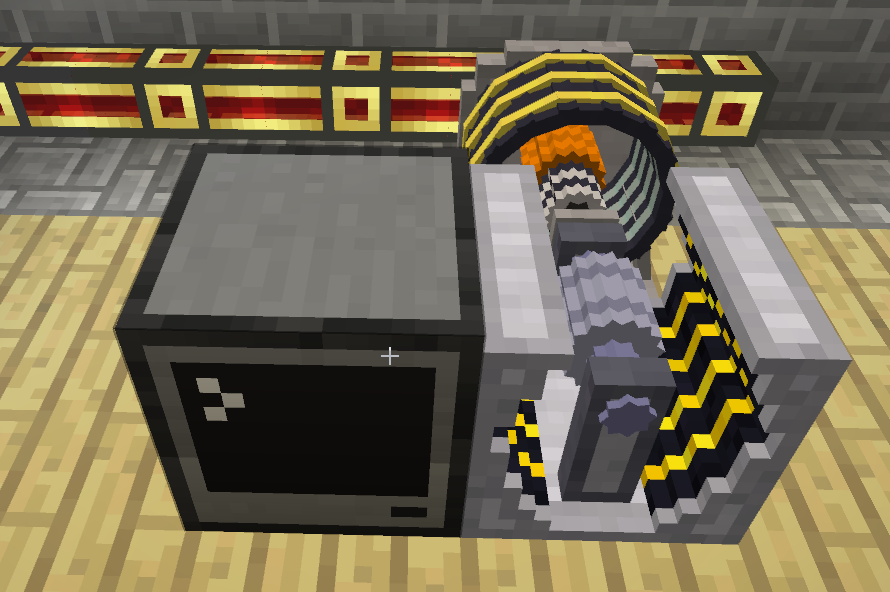 Use the following program:

Put the shaft into the Magnetizer Unit. Then wait. The magnetizing process is quite slow, so now is a good time to go for a cup of tea. 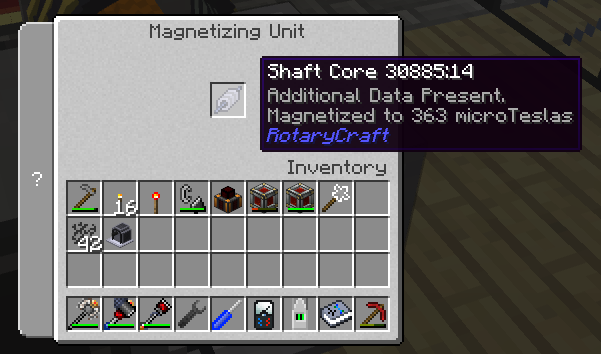 Make your AC Electric Engine and place it into the world. Refer the RotaryCraft Handbook for recipe details.

Shaft Core: Take the magnetized Shaft Core from Step 1 and put it into the AC Electric Engine. 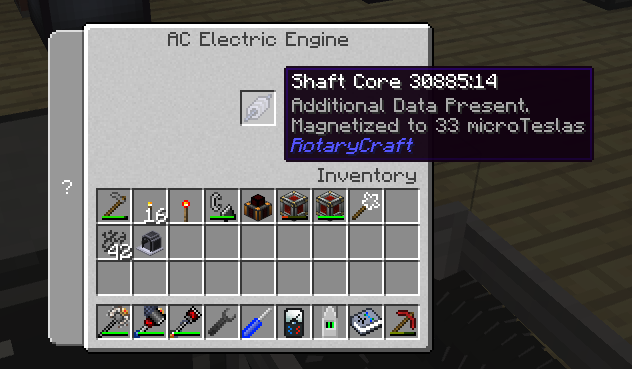 ** Redstone Clock:** The AC Electric Engine requires a redstone clock, just like the Magnetizing Unit. Set it up in the same way as above. 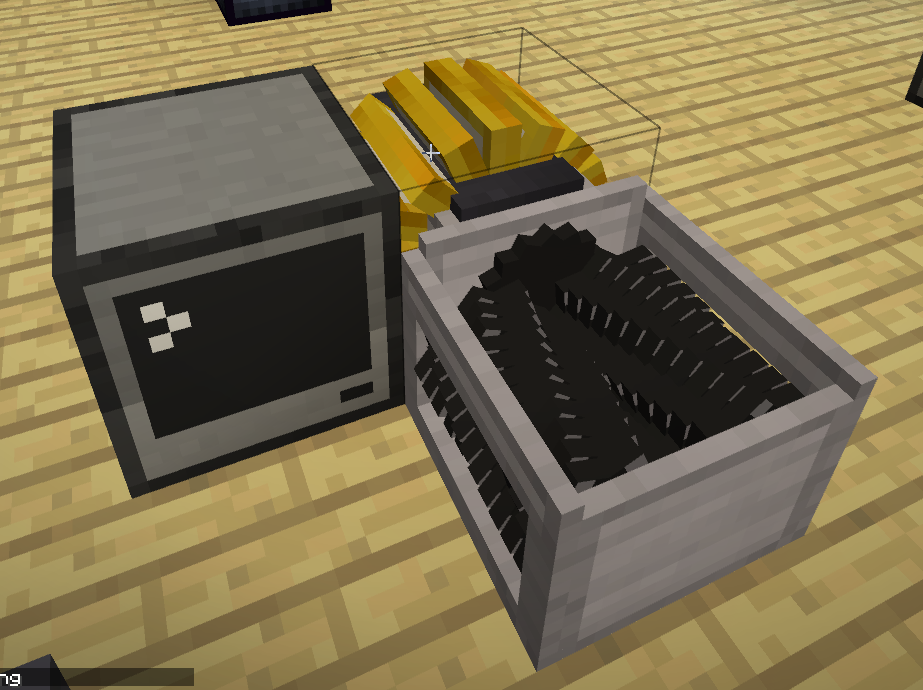 Start your ComputerCraft program to provide the redstone clock. The engine will run as soon as the clock signal is provided.