People seem constantly amazed at the amount of stuff I carry around with me. It seems like I carry enough paper clips, chewing gum, and duct tape to MacGyver a solution to seemingly anything.

I don’t know what they’re talking about. I carry enough equipment to cover credible contingencies. Right??

In any case, this is a list of the things that I carry around with me. Decide for yourself whether it’s reasonable or not; and maybe start carrying a few choice items yourself.

Worn at nearly all times when out of the house

Steel-cap work boots. These are the “Argyle” model from Steel Blue, with zip-up sides. They are the most comfortable thing I have ever put on my feet, and the zippered sides are extremely convenient. The high sides keep me from rolling my ankles, and the steel caps keep me from stubbing my toes; both of which I tend to do.

I wear these everywhere - with a bit of shoe polish you can even make them pass for formal black leather shoes, so long as no-one looks too closely. I can and have worn them to a [wedding]2, without too many strange looks directed my way. 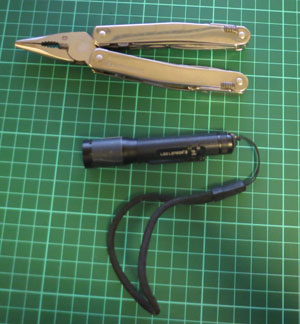 On my belt is a “Leatherman” multi-tool, made by Victorinox. Most used functions are scissors, pliers, knife, screwdrivers and metal file, in roughly that order. I end up using it nearly every day.

Also on my belt is a small torch - this is a LED Lenser that runs off a single AAA battery. I use it to shine under tables, look around inside boxes, and any other time I need just a little light.

In my backpack - carried to work daily

This is the 3 kilograms or so of stuff that I carry around in my backpack every day. Most of the small items are contained in little pencil cases to keep them organised. 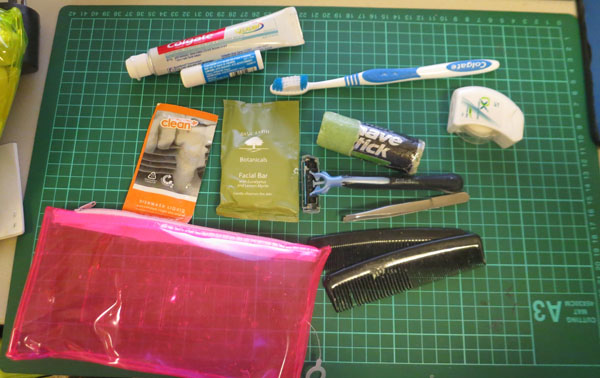 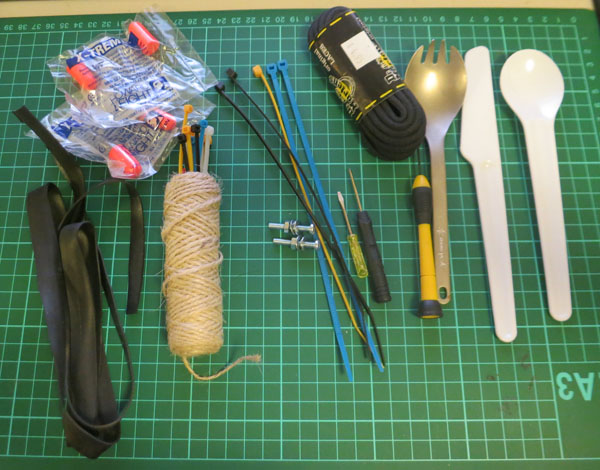 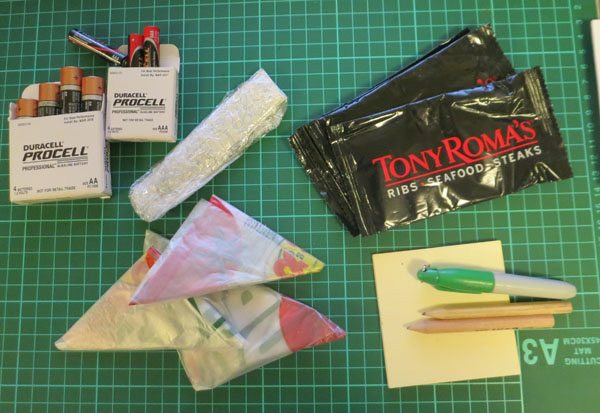 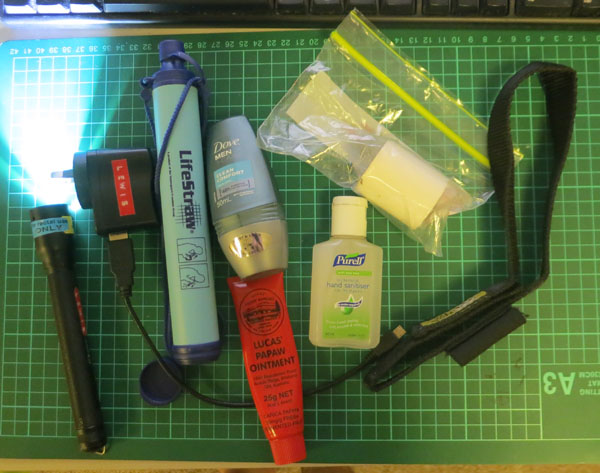 This stuff weighs a few kilograms, but I’ve never regretted carrying it. When you need it, you need it; and in the mean time, lugging it around is good exercise.

As an added perk, when I’m packing for a trip, I know all of this stuff is already in my backpack - so I don’t need to pack it.

Finally, it lets me spring to the rescue any time someone needs a Panadol, a piece of duct tape, a condom, or a AA battery. It’s not the greatest superpower in the world, but having won the office elections for the “Duct Tape Award”, at least some people seem to appreciate it. 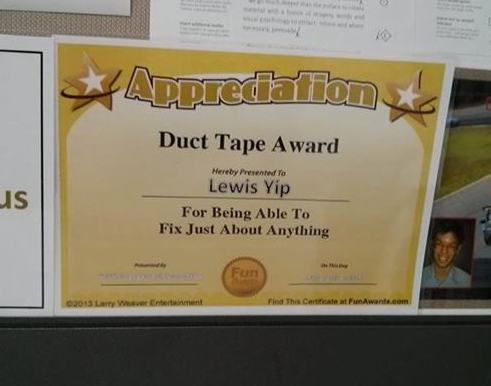 Not like I need to justify my Bat-belt, or anything.